Back in the day, we kept hearing about asbestos but not everyone knows what it actually is. Most people just know that it makes you sick and as a result, it was banned. Read on to find out everything you need to know about Asbestos all the way until its ban in South Australia. Asbestos are naturally occurring fibrous silicate minerals found in rock formations and were used to be mined in great quantities in our country. Australia has an extensive history of asbestos use. We had the highest per capita rate of asbestos in the world from the 1950s to the 1970s.

If your home was built or renovated before 1990, it is entirely possible that asbestos containing materials could be found. Before the increased awareness of the detrimental effects of asbestos exposure, the material was widely used as a building material before its ban. It was once seen as the miracle construction material as its unique chemical and physical properties can protect against fire, corrosion, cold, acids, electricity, noise, vibration, salt water, frost, dust, vermin, and more. Aside from that, it was also cheap and widely available – who doesn’t want that? Since the late 1800’s, friable asbestos has been commonly used in commercial and industrial settings for fireproofing, soundproofing, and insulation. It may also be found in houses built before 1990.

Friable asbestos can be very brittle and crumble with light pressure as it contains loosely bound fibres. This makes it more hazardous than non-friable asbestos as the fibres are more easily released into the air and stay for longer periods of time. Also, since the fibres are not visible to the naked eye, they are easily carried by the wind over large distances which can potentially affect multiple people.

Non-friable asbestos products are generally safe compared to friable ones as it is a mixture of a bonding compound (such as cement) with a small amount of asbestos making the fibres tightly bound and not easily released into the air. These products may be more solid and are considered low risk but may become friable once damaged or badly weathered. Inhaling asbestos fibres is very dangerous. These are not visible to the naked eye and may get trapped in the lungs causing scarring and inflammation, leading to even more serious health problems. The worst case scenario is when accumulated fibres in the lungs would later develop into asbestosis, lung cancer, or a rare type of cancer called Mesothelioma. Usually, people who get health problems are the ones who have been exposed to high levels of asbestos over a long period of time, as the symptoms of these diseases generally do not appear until about 20 to 30 years after the first exposure.

Asbestos awareness programs started in the late 1970s by the Australian Broadcasting Corporation which led to a political investigation into the effects of asbestos exposure. Then in the 1980s, asbestos was phased out in favour of asbestos-free materials. The ban was finally made official on the 31st of December 2003, which makes importing, storing, supplying, selling, installing, using or reusing asbestos materials illegal.

The Australia-wide ban improved workplace health and safety legislation. However, the ban does not apply to asbestos material already in place and the spread continued on in the second half of the 20th century. There are still a large amount of asbestos-containing materials that remain in Australia. What to do if you think you’ve been exposed

If you think you’ve been exposed to asbestos, contact your GP right away. Health monitoring is only required to those who were exposed to a high level of asbestos. If it was an incidental exposure, meaning if you were exposed to a low level for a short period of time, still get in touch with your GP to be sure.

Most people can’t tell whether building materials in their homes contain asbestos just by looking at them so contact a professional to do so. A license is required to remove asbestos materials so don’t attempt to do it yourself. Visit asbestos.sa.gov.au for comprehensive information on asbestos and its removal.

With Lofty, we take pride in being your trusted, award-winning home builder. Our team continues to deliver building services with excellence that puts your needs first. Get started with your journey with Lofty by getting in touch HERE.

Book a ConsultGet in Touch

Please enter your details below to download the inclusions: 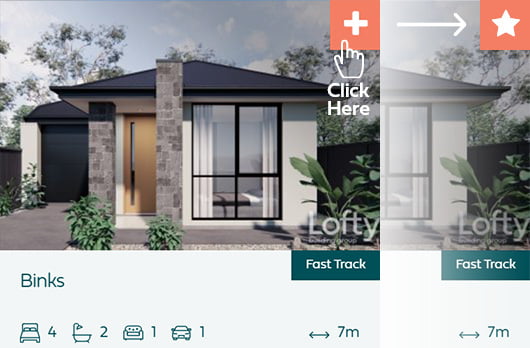